“In a hole in the ground there lived a hobbit. Not a nasty, dirty, wet hole, filled with the ends of worms and an oozy smell, nor yet a dry, bare, sandy hole with nothing in it to sit down on or to eat: it was a hobbit-hole, and that means comfort.”

It was with this paragraph that the world was introduced to the beloved hobbits and their seemingly unattainable simplicity that still entices the imaginations of movie-goers and book readers alike today. Having long been enchanted by the creatures in Tolkien’s tales myself, I was surprised and delighted to find that Ruteng, one of the stops along our journey across the Indonesian island of Flores, had a site near it called the “Hobbit Cave.” Looking at pictures of the cave before going however, we found that it was wet and dirty, though we couldn’t speak for the ends of worms, oozy smells, or it’s overall nastiness. There was no round wooden door opening into the cave nor anything pleasant filling it, certainly no places to sit down on, and nothing that spoke of comfort. The cave however, didn’t get its name for its resemblance to the fictitious dwellings of the hobbit but rather from the real life species that used to live there, by some estimates, as recently as 50,000 years ago. Human in form, the homo floresiensis, as it is known, topped off at under 4 feet tall much like the famously stature-challenged hobbit. They also had large, flat feet disproportionate to the rest of their body and are thought to have been particularly hairy.

Unfortunately, the resemblances stop there, especially when it comes to lifestyles, for hobbits, most of them anyway, led quiet, predictable lives whereas the life of the homo floresiensis was believed to be anything but. Far from the sleepy, uneventful hillsides of the Shire, the prehistoric island of Flores was home to a slew of other uniquely-sized creatures that made the island a volatile and dangerous place to live. On the outsized and horrific end of the spectrum were nearly 6-foot tall storks, the island’s endemic giant rat, and Komodo dragons that may have been even bigger than the ten-foot long versions that still roam Flores and its neighboring islands today. And on the wrong end of the spectrum, being victims of insular dwarfism, was homo floresiensis and the Stegodon, a dwarf elephant whose maximum height reached anywhere from four to six feet and served as a food source for the fierce hunters of the island, among which the homo floresiensis was included.

Eager to see the site of one of the more surprising and puzzling anthropological finds in recent memory, we rented a motorbike and began making our way toward Liang Bua, the local name for the cave that predated the discovery of the “Hobbit” bones. As we set out, a thick fog descended on us, reducing our already cautious speed to a crawl. Other motorists, undeterred by the lack of visibility, zoomed around us. However dense, the fog seemed intent on passing through the countryside rather quickly, dissipating with almost as much urgency as it had appeared with. Slowly out of the white nothingness of our surroundings came shadows of trees and houses, creating a haunted landscape. Aware of its fleeting beauty as the fog continued to unroll itself at a captivating pace, we stopped the motorbike to watch the scene play out until the fog had all but vanished, leaving a crystal clear view of terraced fields that had only moments before been completely unknown to us.

If you’re expecting the next part of this tale to be an account of our arrival at Liang Bua, so were we. As it turns out though, operating a vehicle you’ve only driven twice before in your life on a slick surface more rubble than road that frequently dips and curves unpredictably, mistakes are bound to happen. And so, while in the process of correcting the previous and harmless mistake of taking a wrong turn, I made the much more crucial mistake of accidentally accelerating off of the road and down a six-foot drop to a spattering of jagged rocks below.

Having blacked out briefly as I crashed down the hill, I came around to the sound of the motorbike’s engine still revving, my leg being trapped between the motorbike and one of the aforementioned rocks, and the sight of Kate, who had luckily gotten off the bike prior to me turning it around, rushing down the hill towards me. Immediately, she stopped the engine and lifted the bike up long enough for me to crawl out of under it. A few local villagers, who had seen the accident, arrived shortly after to help. While two of them took the mangled bike up to the road, another began plucking what looked like weeds from the ground, chewing them up and then stuffing the frothy mixture into my wounds. My faint protests at this development were blatantly ignored. Miraculously, it appeared I had no broken bones. Perhaps more miraculous yet, the man still applying chewed leaves to my wounds was able to utter the phrase “traditional medicine” amidst his other reassurances in Indonesian.

Already feeling invincible at the optimistic state of affairs given just how bad the alternative could have been, I tried standing. Hobbled, but able to walk, the villagers pointed me in the direction of a house sitting at the top of the hill. “Doctor,” one of them said; we were astounded at their ability to communicate even the simplest of things in English. After arriving at the house, a woman, who seemed not at all surprised by the bizarre situation on her doorstep, got some chairs for us to sit down on, disappeared back into her house, and returned shortly after with oils that she applied vigorously to my leg. What appeared to be the entire village had gathered around us. Adding to the crowd were passing motorcyclists who stopped, parked their bikes, and put off wherever they had been going to take in the spectacle.

Meanwhile, Kate was frantically flipping through our phrasebook, trying to communicate with the herbalist about my condition and with the other villagers about arranging transport back to our hotel. Among the pages of a phrasebook one never hopes to venture into, namely those under the heading of”at the hospital,” Kate learned and became very familiar with the Indonesian words for “broken” and “leg.” It was with this knowledge that she became panicked to hear the word “rusak“ (the Indonesian word for broken) muttered over and over again among the gathering. We would later find that they were referring to the bike, not my leg.

As the situation calmed down, which did nothing to dispel the crowd, the herbalist said a word that needs no phrasebook to translate in any language: coffee. We told her that we would like some and she came out several minutes later with a tray of cups filled to the brim with the steaming, black elixir whose medicinal contributions, however placebic, rivaled those of the oils. After serving us first, she handed out the remaining cups to other members of the gathering. As we sipped our coffee, we noticed that the witnesses to the accident had taken it upon themselves to explain what had happened to the new additions to the crowd, which seemed to expand by the minute. With each telling, eyes seemed to grow wider, tones more serious, and hand gestures more exaggerated to the point where a casual passerby could have been forgiven for confusing my off-road mishap to the stunts of Evel Knievel.

As coffee cups and conversations ran dry, the crowd slowly began to diminish, its members returning to the agendas they had so readily abandoned upon seeing my predicament. Shortly after, our transport back to the village arrived and we bid the villagers farewell. Their kindness had been overwhelming, made even more so by the matter-of-factness that they administered it with. From the herbalist who scoffed at the idea of us paying for the oils and coffee she so readily distributed to the English-speaking local who drove his motorbike around nearby villages looking for a cell phone he could use to arrange our transport, the warmness we were met with seemed reactionary rather than dutiful. Even back at the motorbike shop, the owner’s only concern was whether or not we were okay. “The bike is just a thing,” he said before giving us a pack of gauze and oils from his home to keep (we of course would pay for the repairs).

The day had been far from what we had expected it would be, but, given all the circumstances, we were thankful for the way it had turned out; if not for the lessons learned, at least for the story it provided.

In late 2015, my wife and I started this blog to give our family and friends an insight into our travels that pictures couldn’t always do. Five years and forty trips later, we’re still typing them out with no end in sight! So, whether you’re someone who has visited these places yourself and want to see another’s perspective on it or are just curious to read about a city or country you’re unfamiliar with, we hope you enjoy your read! 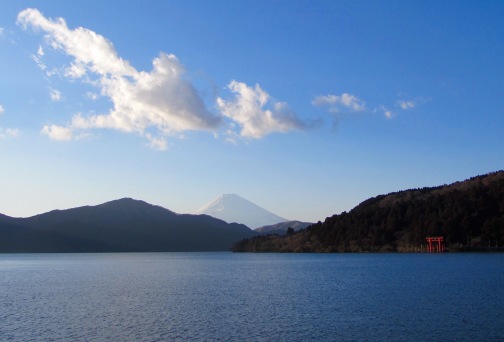 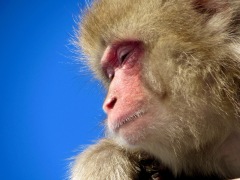 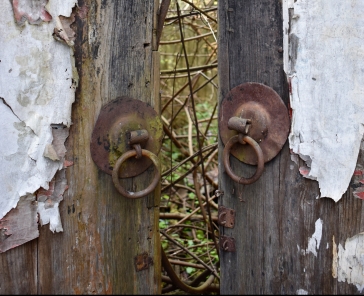 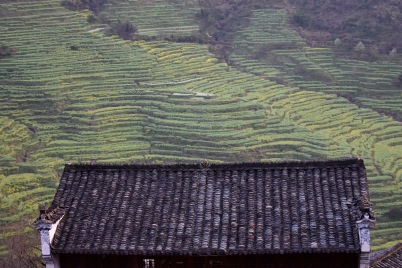 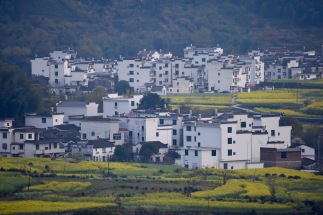 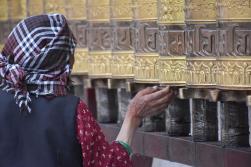 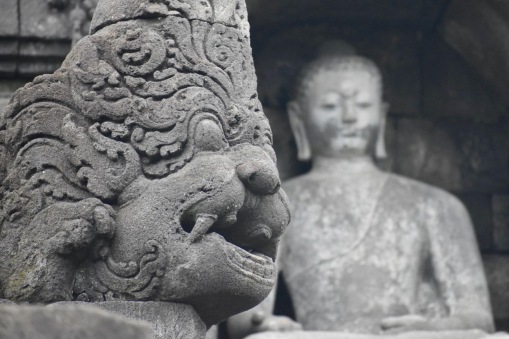 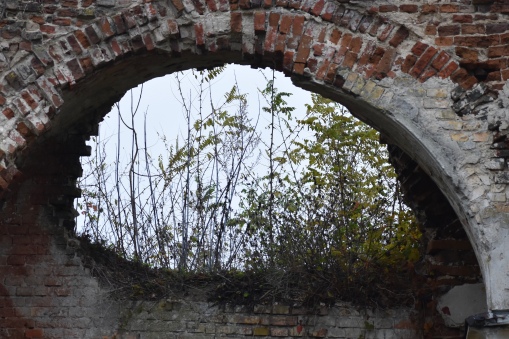 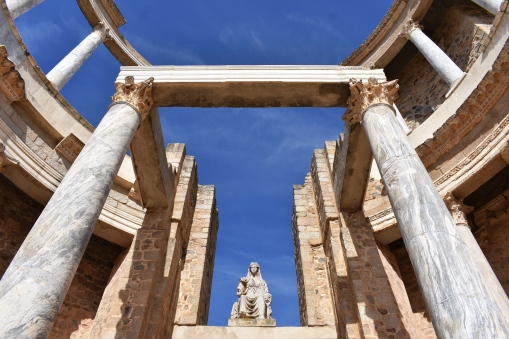 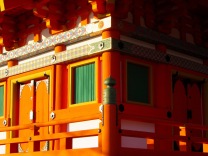 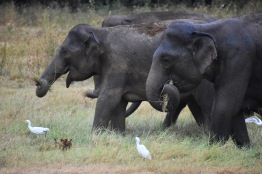 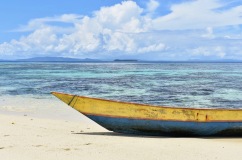 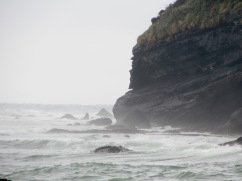 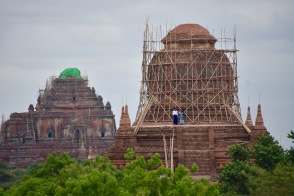 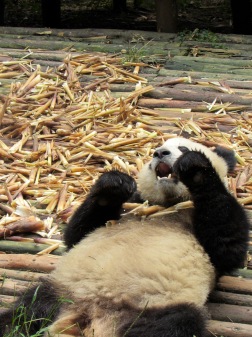 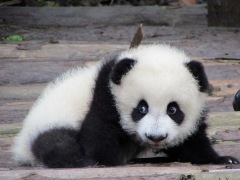 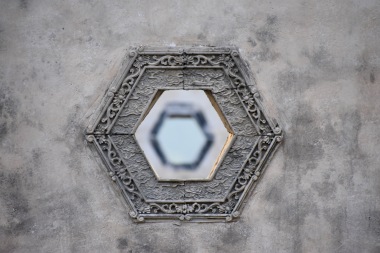 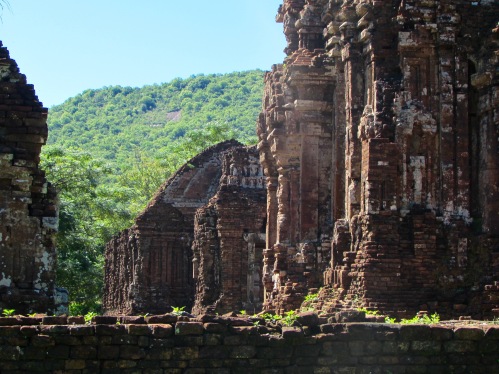 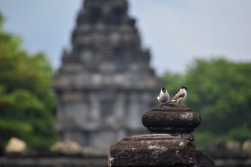 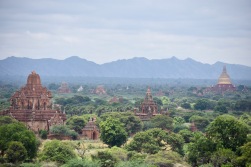 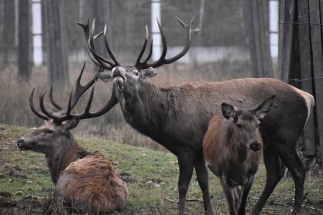 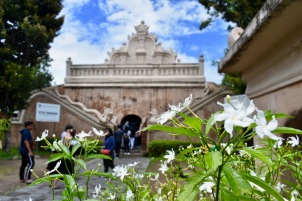 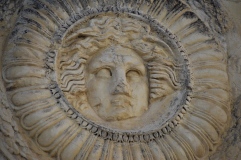 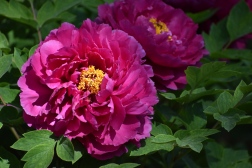 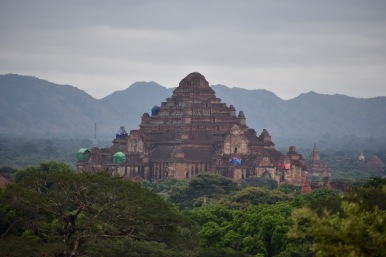